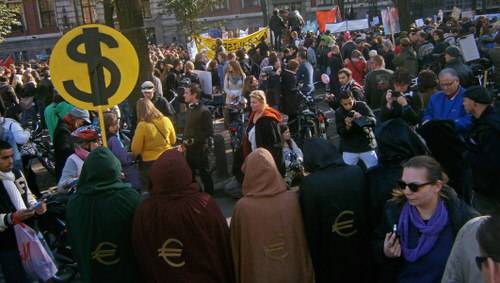 Accelerators have appeared across the country and around the world. Their goal is to push startups further along — to help them grow into their potential and start benefiting the economy. Accelerators also want to share in developing disruptive new technology. In a Harvard Business Review article titled “What Startup Accelerators Really Do,” Booking Institution Nonresident Senior Fellow Ian Hathaway explains:

“Startup accelerators support early-stage, growth-driven companies through education, mentorship, and financing. Startups enter accelerators for a fixed period of time and as part of a cohort of companies. The accelerator experience is a process of intense, rapid, and immersive education aimed at accelerating the life cycle of young innovative companies, compressing years’ worth of learning-by-doing into just a few months.”

The same article notes just how fast accelerators have grown. Hathaway identified 172 U.S.-based accelerators between 2005 and 2015 that together invested in over 5,000 U.S. startups. In that time, the companies involved raised $19.5 billion in funding. If you are debating whether you should apply to an accelerator program, consider these real-world ways that accelerators have enabled startups to succeed:

Accelerators can help startups meet new people who have the potential to become members of their teams. They can also help founders find a location their growing businesses can call home.

This benefit is illustrated by at least one member of the Ameren Accelerator, which is powered by the University of Missouri System and UMSL Accelerate and focuses on energy technology startups. Rebate Bus, which participated in the accelerator’s first cohort, has hired four full-time staff members and two interns from the Ameren Accelerator program. Rebate Bus CEO Joe Pater says, “UMSL Accelerate has given Rebate Bus a huge boost in development, marketing, and with the growth of our team.”

The company, which is headquartered in Madison, Wisconsin, is now establishing its operations team in St. Louis. To do so, it set up shop in the UMSL Accelerate office space at the conclusion of the Ameren Accelerator program. Rebate Bus found this an ideal way to help bridge the gap while it locates a permanent office in St. Louis. It plans to move from the accelerator’s space sometime during 2018.

Now Ameren Accelerator wants to offer the same kinds of support to other startups. It’s currently accepting applications for members to participate in its second cohort.

Accelerators aren’t just for startups. Even companies that have been around for a while can transform themselves for the digital age. Consider how ManageHub Accelerator assisted L&R Lawn Equipment and Repair. While the company had been founded many decades earlier, the owner recognized that he needed to make his business sustainable for a new environment.

Working with an accelerator, L&R learned quickly about the new economy and technology and was able to improve its processes. According to Steve Seder, L&R’s director of operations:

“Before using ManageHub, our business was chaotic at best. We had no idea what others were doing, and we had people doing the same jobs at the same time. Our operations were so out of line that it was costing us thousands of dollars without even knowing it. Now we are more organized, more creative, more efficient, and have a process to handle every situation that arises, making training easier and profits soar.”

The program helped L&R learn how to change what it did and take advantage of the new business realities. Its ManageHub experience marked a true transformation for the company.

Startup SpotHero worked with the Techstars Chicago accelerator in 2012. During their participation in the program, the startup’s founders realized just how much the company benefited from all the connections the accelerator provided. SpotHero co-founder and CEO Mark Lawrence notes:

“Mentorship might seem like an obvious part of an accelerator, but we were surprised by how many incredibly talented mentors we had access to during the program. From the founders of OpenTable, GrubHub and CDW to the CEOs of publicly traded companies, we spent time learning from some of the most successful people in the world. We met with about 100 mentors 1:1 so we could really get to know them better, pick their brains, and learn from their experiences. Whether it was entrepreneurs, marketers, salespeople, or lawyers, each one forced us to start thinking about how these different specialties come together to form a profitable business. We developed strong relationships, and suddenly we had people, besides our families, who were invested in our success.”

SpotHero’s founders might eventually have made such connections on their own. However, they wouldn’t have had such a large group within their reach to help them so quickly. That proximity and number of connections sped the startup’s development.

As a startup founder, you live and breathe your business idea and tiny company. That passion is great. However, it can also blind you to certain things that a second pair of unbiased eyes can see. This might include limiting your audience, product, or service or finding a better price point for your offering. Maybe you are even going in the wrong direction. An accelerator can point you in the right direction even if that means pivoting.

In 2013, the Digital Greenwich accelerator worked with Student Tutors to help the startup look at its business idea differently. According to the accelerator’s case study on the startup, Digital Greenwich was able to advise the startup on areas where it had previously been struggling. Student Tutor CEO Abrar Akhtar explains, “It’s definitely been beneficial to participate in the program and go over strategies with the business advisor. We’ve been trying to work out how we can get as many new customers on board, and working with the business advisor has led us to develop a clear plan that allows us to target this potential clientele.”

When you are working on your own in a vacuum, you don’t make the time to do things that can help you succeed. One of those is honing your pitch to investors or crafting the best messages for your marketing campaigns.

Working with an accelerator, you can both practice your pitches and get feedback that can help you improve them. Credential Cabinet participated in the JFE Accelerator, which provided this benefit among many others. Co-founder Ely Greenberg explains:

“Because we were in an accelerator, we also got to pitch in front of ‘mock’ investors before the pitch event. These were investors who could provide unbiased feedback. There is no ‘correct’ way to pitch. There are many articles about what to say and what not to say, but basically it boils down to telling a captivating story, demonstrating that you have a great team and product, and that you’re serious about building a great company. You should know the material on your slides, as well as the supporting facts.”

As a result of their accelerator experience, Credential Cabinet’s founders believe they improved their pitching skills due to the advice and feedback they received. They also learned about what didn’t work so that they could avoid those mistakes in future pitches. Overall, their confidence about pitching to investors increased.

An accelerator program can offer the perfect combination of mentoring, learning, access to funding, and strategic guidance. This environment allows founders to get the support they need to take their companies in the right direction for success.