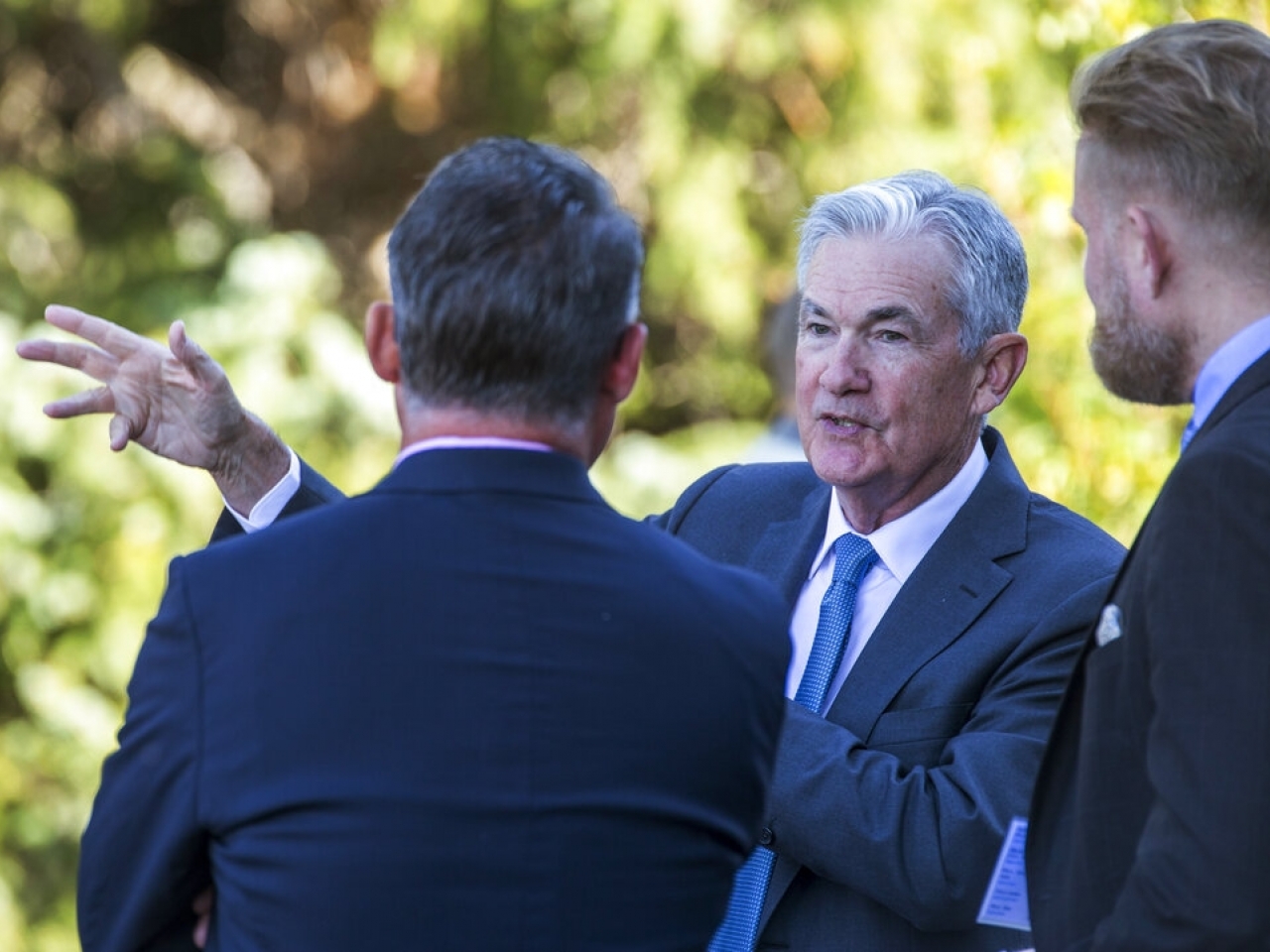 Taming US inflation will inflict "pain" on American families and businesses, but failure to wrestle prices down from their current 40-year high would be even more harmful, Federal Reserve Chair Jerome Powell said on Friday in a hotly-anticipated speech to global policymakers.

Addressing the annual gathering of central bankers in Jackson Hole, Wyoming, Powell did not hold back or leave room for doubt about the Fed's plans, pledging to act "forcefully."

He warned that the world's largest economy is likely to slow for a sustained period, and the strong US job market will suffer in order to get prices down – consequences he called the "unfortunate costs of reducing inflation."

The Fed this year launched an aggressive campaign to raise interest rates – and in his unusually short, notably direct remarks, Powell made it clear that the fight against inflation is not over.

"Restoring price stability will take some time and requires using our tools forcefully to bring demand and supply into better balance," he told the gathering, held against the backdrop of the majestic Grand Teton mountains.

"While higher interest rates, slower growth and softer labour market conditions will bring down inflation, they will also bring some pain to households and businesses," Powell said.

"But a failure to restore price stability would mean far greater pain."

Modest signs of slowing in the US economy and easing price pressures spurred hope in financial markets that the central bank might ease up on its aggressive rate hikes, and perhaps even start to reverse course next year.

But Powell doused those hopes, making it clear that Fed policy and the benchmark borrowing rate would have to remain "sufficiently restrictive" to bring inflation back down to the two percent target.

Markets turned negative on the news, with all three major stock indices down two percent or more around midday.

The supply chain issues that have beleaguered the global economy have continued, worsened by a series of Covid lockdowns in China, which have combined with Russia's war in Ukraine to send prices soaring worldwide.

In the battle to contain red-hot US inflation, which topped nine percent in June, the Fed has increased rates four times, including three-quarter-point increases in June and July – steep moves unheard of since the early 1980s – to the current level of a range of 2.25 to 2.5 percent.

Powell repeated on Friday that another giant 75 basis point hike could be appropriate at the September policy meeting.

But recent data has shown signs of a slowing in price increases. Annual consumer price inflation dipped to a still-high 8.5 percent in July.

Over the last 12 months, the PCE price index slowed to 6.3 percent, the Commerce Department reported.

But Powell did not take much comfort in the figures.

"While the lower inflation readings for July are welcome, a single month's improvement falls far short of what (policymakers) will need to see before we are confident that inflation is moving down," he said.

But President Joe Biden cheered the figures, saying, "The American people are starting to get some relief from high prices."

Still, he added, "We have more work to do. We have to help families who have been squeezed by decades living pay cheque to pay cheque."

Powell pointed to the experience of one of his predecessors, famed inflation dragonslayer Paul Volcker – who used aggressive measures to quell runaway prices – and said officials cannot retreat from their responsibility.

"That means the Fed must hammer demand to come in line with what is becoming a global economy of scarcities or constrained supply," KPMG economist Diane Swonk said on Twitter.

"That is no small challenge. Powell sees a window to avoid a Volcker outcome of deep recessions w/some pain today. Rock/hard place." (AFP)

Factory activity in China contracted at a faster pace in November, an official survey showed on Wednesday, weighed down ...

HK Stocks Dip At Open Ahead Of Fed Comments

The S&P 500 ended down on Tuesday ahead of a speech by US Federal Reserve Chair Jerome Powell that could provide hin...

HSBC has agreed to sell its business in Canada to Royal Bank of Canada for $13.5 billion Canadian dollars (US$10.04 bill...

US Stocks End Down Ahead Of US Data

Wall Street stocks finished lower on Monday ahead of key US economic data. Investors are waiting for key US employmen...

Saudi Arabia on Monday announced plans for a new airport in Riyadh intended to spur rapid growth in the capital while ad...